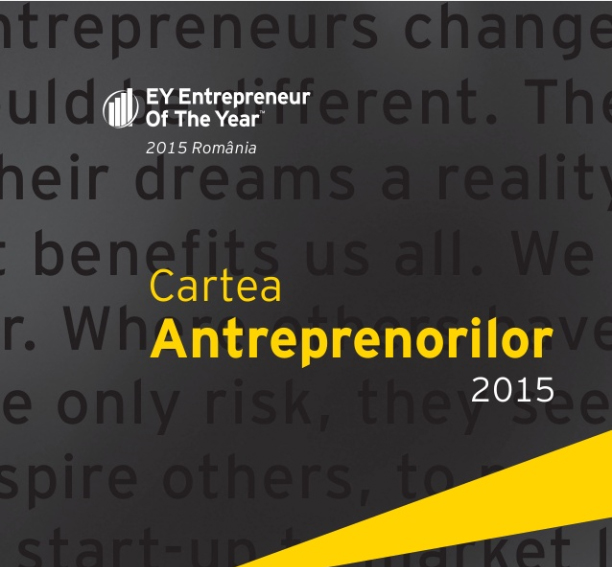 MET AT TOURISM CONFERENCE IN SIBIU

Speaking at the annual conference of Tourism Professionals in Sibiu, Caroline Fernolend presented details of the MET’s Malancrav Trail. The village’s mixed population has resulted in a natural coming together of weavers, carpenters, basket makers, brick makers, as well as cooks who are baking traditional cakes and bread. She also spoke of the Trust’s Apafi Manor, available for guests and situated beside the unique frescoed 15th century Saxon church. She went on to describe the village of Alma Vii, where the Trust has nearly completed a cultural centre situated within the walls of the fortified church. There will be 21 rooms where traditional craftsmen will give demonstrations, and in the bread oven the village ladies will bake bread and the traditional Alma Vii cabbage cake. The European tour operators and Romanian tourism representatives were left in no doubt that Malancrav and Alma Vii should be included in their future schedules - a unique way for their guests to explore authentic Transylvanian life.

GOOD PROGRESS ON THE RICHIS HOUSE 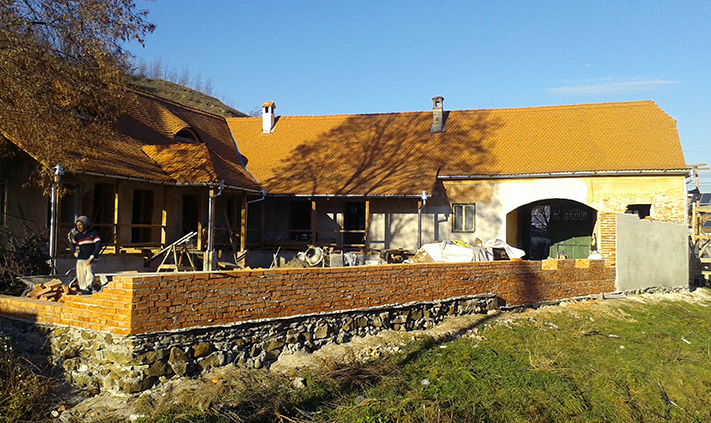 Due to warm weather during October and November, building work on the Richis house has been progressing well. 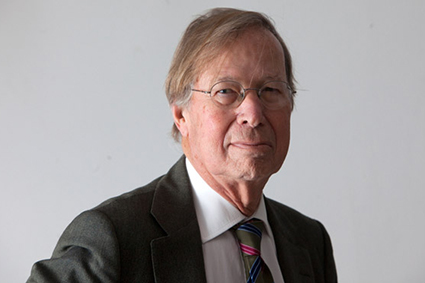 The Trustees of the Mihai Eminescu Trust would like to thank Irene Dworkin for her generous donation of books from the collection of her late husband, philosopher and scholar, Ronald Dworkin. The books will form part of the library in the Richis house which is in the process of being restored by the Trust. 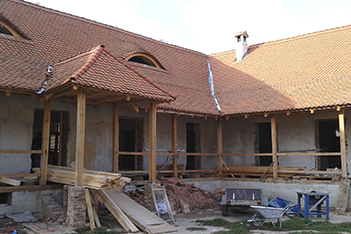 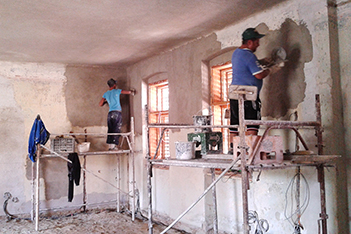 Thanks to the generosity of those who came to the great fundraising event at Westwell Manor in April, work on the Richis house has forged ahead. 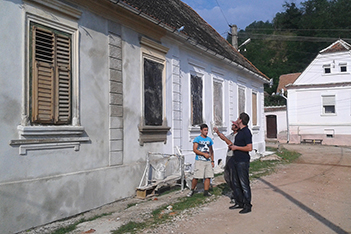 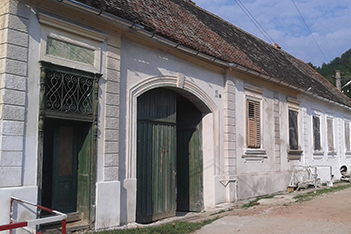 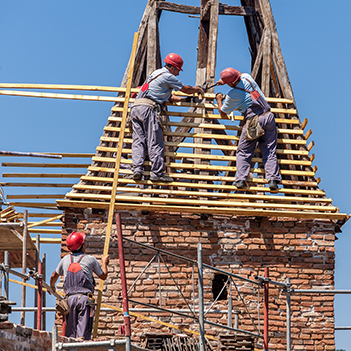 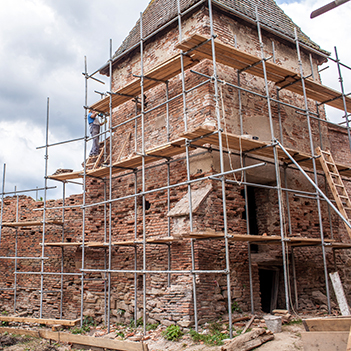 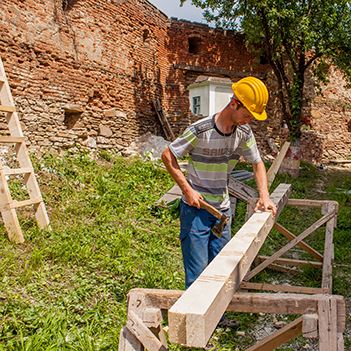 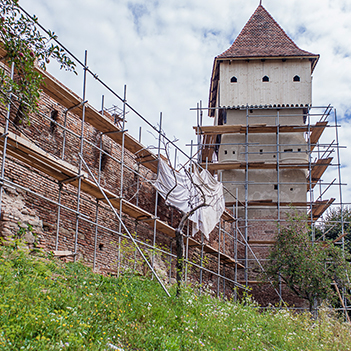 During the summer and autumn, work on restoring the four towers of the magnificent Saxon church fortification in Alma Vii has been progressing well. 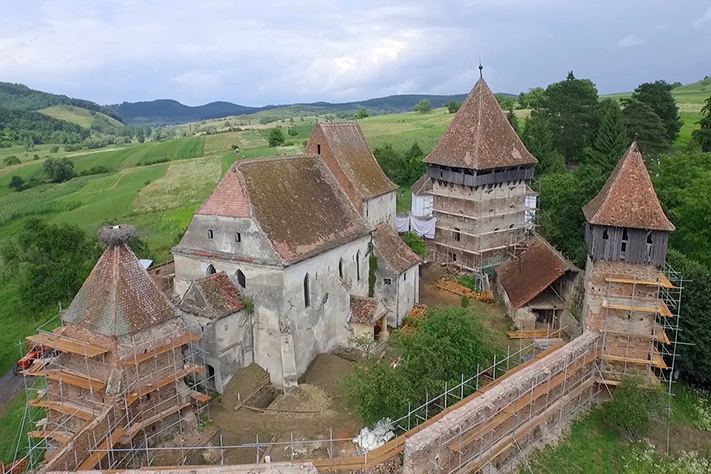 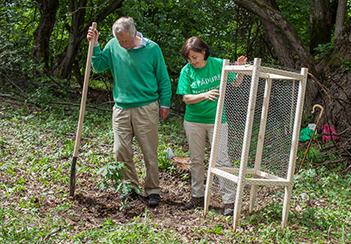 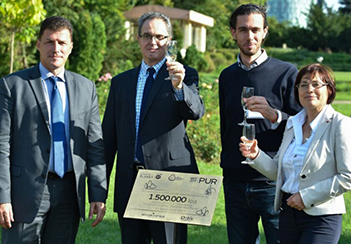 Caroline Fernolend with HRH the Prince of Wales in May 2013, and with Accor executives in Sept 2015

In May 2013 we reported that HRH the Prince of Wales had planted the millionth tree for the MET in the ‘Plant for the Planet’ programme, supported by the hotel chain Accor. This year on 15th September, the 1,500,000th sapling was planted in Bucharest by MET Director Caroline Fernolend, together with Accor Hotels executives. 'Plant for the Planet' was launched in 2009, within 6 years it has financed the planting of over 4 million trees in 21 countries, of which 1.5 million have been planted in forests and school orchards in Transylvania.

NOTES ON A VISIT TO ROMANIA

Toby and Emma Tennant (wildflower artist) spent 3 days in Transylvania, staying in Malâncrav in one of the Trust's guesthouses. These are extracts from their notes: 'John Betjeman used to say that the history one learns from looking at buildings, - bricks and mortar and stone - is truer than the history one reads in books. The beautiful Saxon farmhouses and barns and above all, the amazing fortified churches taught us, in a few days, a vast amount about the history of this corner of Central Europe.' 'Andrea Rost made a huge contribution to our enjoyment and understanding of her country, with her knowledge, charm and energy. She is a brilliant ambassadress for the MET, which is doing such wonderful work in Transylvania.' To read the notes in full: More.. 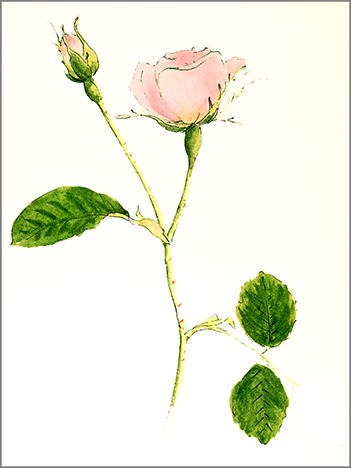 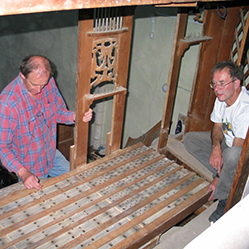 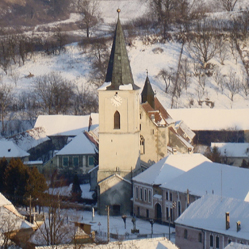 Dominic Gwynn and Edward Bennett at work on the organ

In the village of Richis where the MET’s current major project for restoring the house at No 103 is well under way, work has just completed on another important restoration, that of the 18th century organ in Richis church. The success of this work is the result of an unusual collaboration between the organbuilders Dominic Gwynn and Edward Bennett from the renowned Nottinghamshire firm of Goetze and Gwynn (who have donated their time and skills), Herman Binder and Sabolics Bartis from Transylvania and the restoration department of the ASTRA National Museum Complex in Sibiu. Funding has come from a donation by Richis resident Anna David, from visitors to the church adopting an organ pipe and other generous gifts. 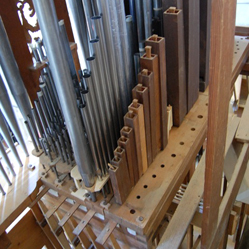 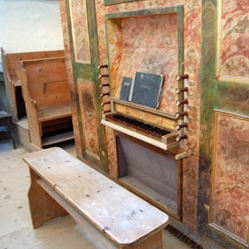 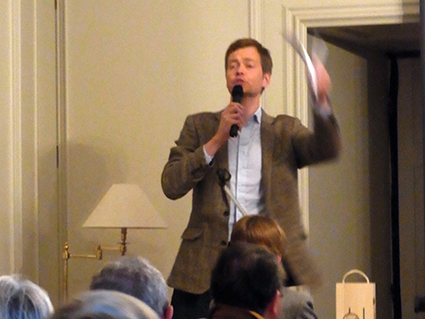 Thanks to the generous hospitality of Thomas Gibson, the MET held a fund raising event for the restoration of No 103 Richis at Westwell Manor in Oxfordshire. The event began with tea served in the glorious gardens designed by the late Anthea Gibson, followed by a series of short talks from MET trustee Sir Noel Malcolm, the Trust’s chairman Jessica Douglas-Home and Marianne Suhr presenter of BBC 2’s series ‘Restoration’. The event ended with a highly successful auction conducted by Sotheby’s star auctioneer Oliver Barker. 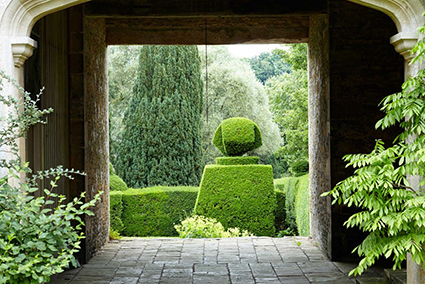 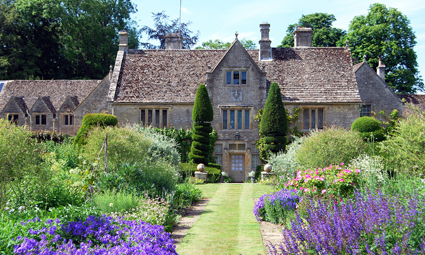 DONATION OF BOOKS FOR RICHIS LIBRARY 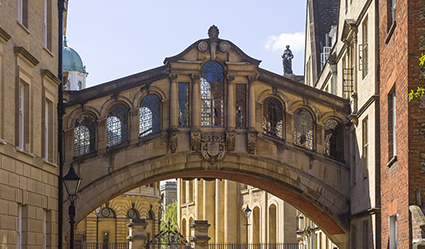 The Trust is most grateful to Hertford College, Oxford for the donation of 20th century Hellenic and Roman Classical journals. These will form a significant part of the Trust’s new library in its house in Richis Village, which is in the process of restoration.

Work has started on restoring the four towers and inner buildings of the magnificent Saxon church fortification in Alma Vii. In competition with 200 applicants, the Mihai Eminescu Trust, partnered by EEA Grants and the Norwegian Institute for Cultural Heritage Research, was awarded the EUR 1.7 million contract. An update on this amazing project will appear at intervals during the next two years.

THE MUSICAL LEGACY OF GEORGE ENESCU 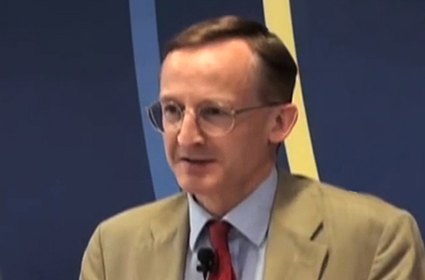 On Friday 23 January at the London Romanian Cultural Institute, MET Trustee Sir Noel Malcolm, the leading English authority on Enescu, discussed the composer’s outstanding musical legacy with other Enescu specialists - Oltea Şerban Pârâu, Cristina Andrei and Oana Marinescu. James Jolly, Editor-in-chief at The Gramophone was in the chair and showed rare pictures and historical footage, casting an unexpected light on the life and work of George Enescu.