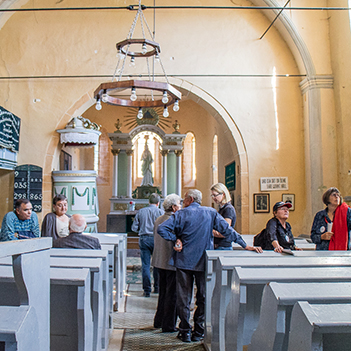 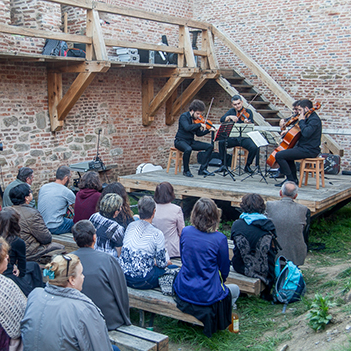 The medieval fortified church in the village of Alma Vii was reopened on 30th September after 18 months of restoration focusing on the fortifications which had been under risk of collapse. The whole project was designed and implemented by MET and its partner NIKU (the Norwegian Institute for Cultural Heritage Research). For the opening ceremony the people of Alma Vii prepared a brunch with traditional homemade food for their guests. The programme included a classical concert on stage inside the fortified walls and the Met Director and architects led a visit inside the church and along the balconies into its four towers. Since then, 300 people have visited the new anthropological exhibition in the largest tower which depicts the culture and traditions of the Saxon people who used to inhabit these lands. There is also a shop where tourists can buy hand crafted objects and textiles created by the villagers as well as local food and delicacies. 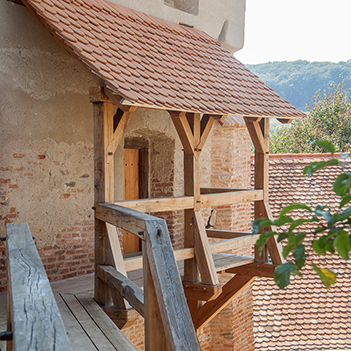 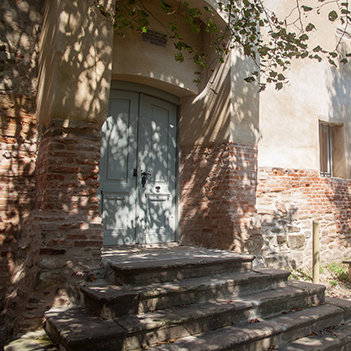 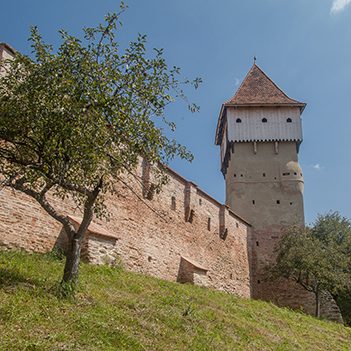 From the 10th to the 15th August the villages of Viscri, Criț, Roadeș, Meșendorf, Saschiz, Cloașterf, Fișer and Rupea were bursting with over 4000 visitors attending the Haferland Kulturwoche Festival, the biggest annual celebration of Saxon culture in Transylvania. Many Saxons returning from Germany also attended and each year more and more people come from all over Romania. Vasile Dîncu, the Deputy Prime Minister and Minister of Regional Development and Public Administration talked on live television about a series of government measures aimed at preserving the Transylvanian heritage including the restoration of the church towers in Roadeș and Rotbav, both of which collapsed earlier this year. The MET Director Caroline Fernolend spoke of the Trust’s 1200 projects and the importance of the preservation of the Saxon built heritage in the ‘new communities’ and of maintaining the values of Saxon village life. At the Rupea citadel she highlighted the economic opportunities which come with Romania’s heritage and, together with MET biologist Tibi Hartel, indicated examples in Saschiz church of traditional restoration techniques and local building materials. Also present at the Festival in Crit were a number of prominent Romanian and German government representatives as well as one of the founders of the festival the German rock star Peter Maffay. Maffay, who was born in Brașov the son of a Transylvanian Saxon, thanked his fans for their donations which, along with help from the Romanian Government, had enabled his foundation to install running water in every house in Roadeș. He spoke of his commitment to Roadeș and he took the opportunity to say how much he owed to the pioneering work of the Mihai Eminescu Trust and in particular to Caroline Fernolend and her family for their support, they were an inspiration and played an important part in his decision to devote so much time and energy to the region. 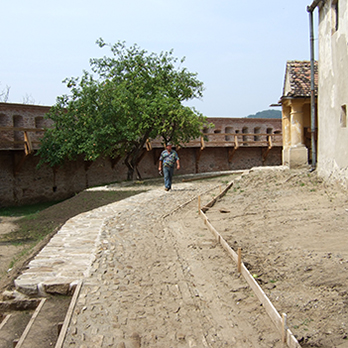 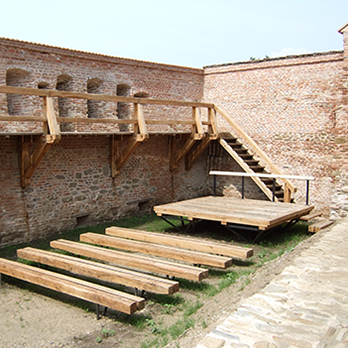 The Alma Vii church restoration is progressing well and is almost completed. The electrics are well advanced, floors are being laid and doors and windows are being fitted in the towers. On the ground floor the mosaic flooring has been completed. In the fortified enclosure the rainwater collecting system and landscaping is ongoing and the stone pavement, gutters and the restoration of the old ring wall have been completed as well as the outer wooden stage and benches. 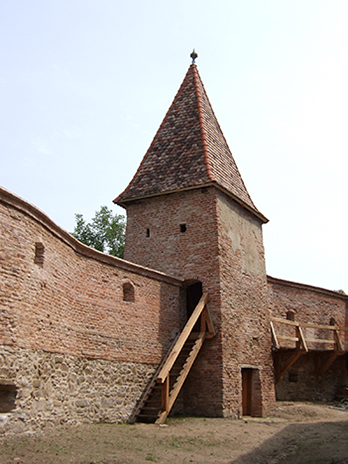 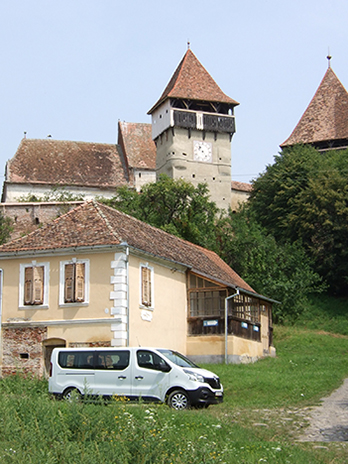